I’ve now played three scenarios of this game (1, 2, & 4) and thoroughly enjoyed each one. It is a super-fast, simple and fun game that brings tactics to the front while managing to neatly preserve the concerns of trench raiding.

Components
The game plays in around 15 to 30 minutes with a small number of components on a small (11x17) game map. The game is Definitely in the micro-game tradition but with better components. The game uses nicely sized ¾” pieces that have good graphics representing Hand-to-hand, grenadier, rifle, LMG and MG units. Each of these units represents anything from a team of 2 men to a squad of 10 depending on the scenario and the quality of the men. All information is conveyed very well and I did not feel like I had any real confusion about any rules. The counters are mounted and die-cut but aren’t coated. The map is printed on heavy card-stock in full color. Most information you need to play the game is reproduced on the Map itself. The design of the map and its functionality as a component in a wargame is perfect. Personally I am not a fan of obviously computer-generated graphics and I’d love to see a hand drawn version of the same map. For that matter, I’d pay a lot to have “euro-game” quality components.

Play
What I like is how I am focusing on tactics the whole time. In my first game the Germans are raiding and attempting to eliminate two Lewis Gun posts. The raiders chose a very straightforward tactic, using one unit of grenadiers to block reinforcements to the isolated LMG post. This worked but the Germans didn’t win because they were still on the board at games end. In ToV you get many of your VP (usually around ½) from exiting raider units back in to No Man’s Land (before the box barrage lifts). I have found that this aspect of the game needs to be given as much attention as any other tactical consideration. When in the third game the Canadians quickly eliminated a German Maxim position, focused the remaining German units’ efforts on denying an easy exit to the raiders who quickly ran out of options for gaining the VPs they needed to win. They could only attempt to kill the last Maxim, which was too well protected in its fortified position and survived repeated grenade attacks.

So, based on the three solo-games I’ve played so far, I would give this game a glowing recommendation. Play is quick so you may wish to play multiple scenarios in a session.

The game designer writes that there should be a expansion kit out in the near future. It will feature leaders, Engineers, flamethrowers and more scenarios. I will buy it the minute it is released. My wish is for a myriad of counter-sheets to be released to allow for scenarios in other theaters and also for some additional types of maps that would allow scenarios in No Man’s land and against other fortifications (concrete emplacements, fortified shell-hole complexes, underground French forts).
Posted by Scott Pasha at 14:18 No comments:

Painted Figures from August and September

If you ever doubt the slowness of my painting, this is proof. What I painted in August and September, of course the bases aren't done: 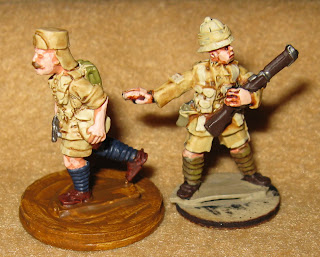 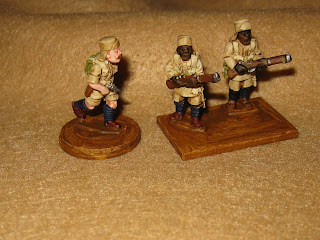 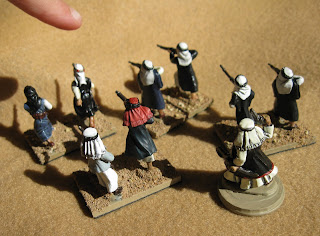 The Backs of my BH Arabs and a stand of Brigade Games Arabs, my daughter is helping you to notice these figs 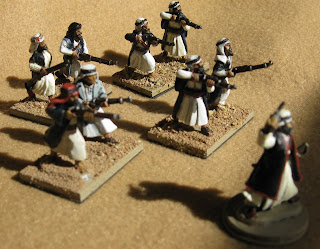 My BH Arabs, blurry, with some BG Arabs. The Arab leader with the sword is a figure converted by Helen and painted by me. 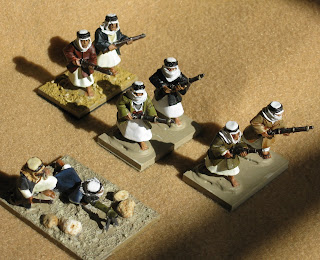 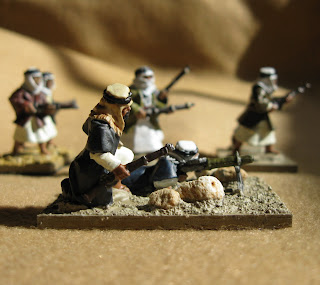 Now I'm working on Sharifian Regulars and Irregular Cavalry. I'll propbably do a solo game on the 17th.
Posted by Scott Pasha at 09:36 1 comment: 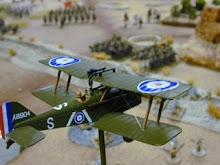